How this teacher adjusted to COVID

Prior to the coronavirus pandemic and the subsequent lockdown of public schools in the U.S., Anthonya Kahrs was teaching in her home room at Otis R-3 School District in rural Colorado. Schools were shut down near the end of her second semester, and Anthonya—like many teachers around the country—made an abrupt and gutsy switch to teaching students remotely, using video recordings and chats.

Her story of teaching at a rural school in Colorado highlights the unique teaching experience and challenges many small school teachers share. How Anthonya has adapted to COVID-era learning is equally personal.

Outside of the big cities

Rural school districts, which are designated by a student population of 6,500 or less, make up 83% of Colorado schools, according to the Colorado Rural Schools Alliance. Otis, a small town in Northeastern Colorado where Anthonya grew up, is no exception with only one school for the town’s 227 students in PK-12. To put things into sporting terms, which Anthonya frequently does as an avid sports fan and coach, Otis R-3 stands as a 1A school with a six person football team. 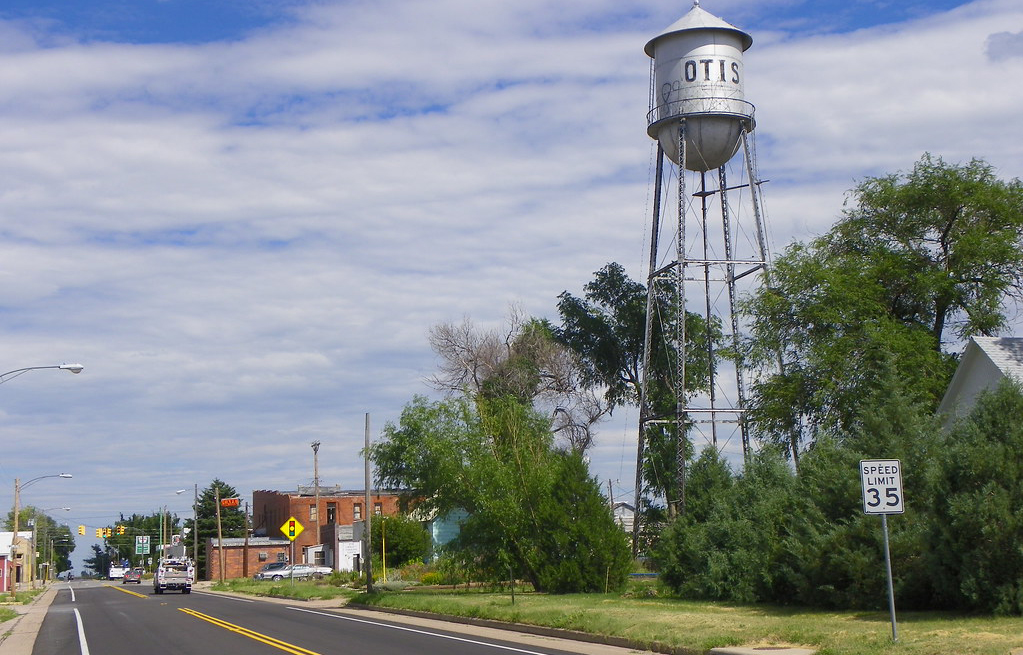 The highlights of living in Otis include rodeos, sporting events, sparse traffic around the lone stoplight, and a school district which stands out as the hub for many social activities in the town.

While the average U.S. classroom has 21.6 kids, according to the National Center for Education Statistics, Anthonya’s most recent fifth grade class had 13 kids. She is the only fifth grade teacher at her school. These numbers are not uncommon for rural schools, and they create a unique dynamic for both teachers and students at these schools that contrast with the bigger school districts.

“I feel like we’re a role model inside the classroom and out,” she said. “Students are seeing me at the cafe—on the weekends at Walmart.”

For Anthonya, being in a smaller school and town means a bigger and more personal investment in each of her students, whom she knows well both in and out of the classroom.

While rural school districts have their own list of challenges in funding and resources, many rural teachers have more flexibility in how they create their lesson plans for a smaller class.

This fact was spotlighted during the quarantine lesson planning.

Almost all of Anthonya's students have been fully engaged in online learning, and the few who were less engaged, she has a pulse on as to what challenges they're facing. She attributes her class engagement to a more individualized approach she takes with her students and also their parents. Being in a smaller town and teaching a smaller classroom makes it easier for her to be aware of her students' lives outside of the classroom, which also makes it easier for her to communicate on a more personal level.

Whether it’s adjusting to a specific parent’s work schedule or knowing about a student’s extracurricular involvements, Anthonya is able to make these adjustments based on what she intimately knows about her students.

She contrasts this with what she calls a more “cookie-cutter approach” she feels city schools have to adopt due to larger class sizes.

“We can see what our community needs and tailor what we’re doing to fit their needs,” she said.

When Otis R-3 shut down due to COVID-19, it was close to the end of the school’s second semester. The switch from Anthonya teaching class in person to teaching remotely was sudden.

“It was a scramble,” she said. “We didn’t really know what to do and we weren’t set up.”

She recalls the early technical issues of not all students having laptops to use and unstable internet connections as the new and unexpected blockers to learning. In the final months of the school year, Anthonya and her colleagues around the country adjusted to the new reality of COVID-era learning with a heroic pace.

“When COVID started, I had a brand new baby at home and really didn’t want to be Zooming every day. Then when we got into it, the parents were right away like, ‘thank you so much, my kids really needed that.”

In addition to teaching long division, Anthonya made sure her lessons were collaborative so students got to interact with each other. She heavily stresses the importance of social engagement that her students crave.

“My hope is to still make it engaging, dynamic and fun for the kids because they really need that,“ she said. “I do worry about their mental health as much as I do everything else.”

At the beginning of the school year before the quarantine was in effect, she had promised her students an end-of-year, celebratory pizza party for meeting their goals. She stuck to her words even after schools were closed, and hosted a live video pizza party where she staged her home to look like a pizzeria, dressing up like a chef and inviting her students to do the same.

“I said kids, ‘you’ve worked really hard this year and you’ve been through a lot.' I was really proud of them.”

With the upcoming fall semester looming ahead, many teachers wait in uncertainty to see if their schools will reopen, and if so, in what capacity. Anthonya believes it’ll be a hard road ahead, but she’s confident teachers will adapt their lesson plans and provide students with the education they need.

“It’s important for people to see that kids need us now more than ever,” she said.

While what teaching will actually look like remains unclear, Anthonya is certain that her role as an instructor remains essential in whatever capacity, whether it’s in person or on a screen.

Like Anthonya, many teachers around the country are facing a challenging 2020 school year in the COVID era of learning. See how other teachers have uniquely adapted to the changes at their schools here.